You Aren't Instantly Awesome, But You Can Get Better with Practice

Back in June, we looked at having realistic expectations when we try something new: You Aren't Instantly Awesome, and That's Okay. To get this point across, I play my banjo at my speaking events (when possible).

When we walk up to something new, we aren't immediate proficient. There is a learning process. And if we spend time with it, we will keep getting better.

It's time to see if I've been getting better at banjo. Here are a few recordings that I've done at some speaking events.

June 29, 2015
Here's the recording that I posted earlier from So Cal Code Camp in San Diego, CA:

August 27, 2015
About 2 months later, I was at South Bay .NET in Mountain View, CA. This is when I was just learning to play with finger picks: 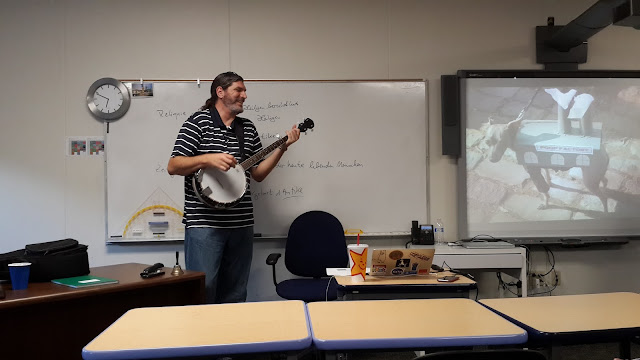 September 24, 2015
A month later, I was at the NWVDNUG and SEVDNUG user groups in the Phoenix, AZ area:

Here's a photo of me playing the night before at Northwest Valley .NET User Group: 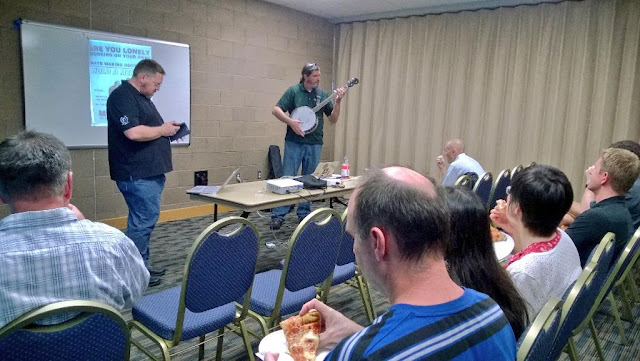 On Sunday, I was on the big stage, and they recorded my pre-show:


If you're curious about the "Duck Typing" picture that's mentioned at the end of the video, here it is: 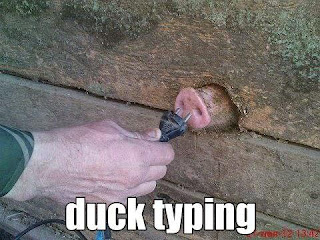 The rest of the presentation is available to watch here: Silicon Valley Code Camp - Learn the Lingo: Design Patterns.

Keep Practicing, Keep Improving
I'm getting better one step at a time. Every so often, we need to take a look back to review our progress. This is how we can see if we're making improvement. And if we're not improving, then we can re-evaluate what we're doing to see how we can get better.

Learning is a process. And it's a process that never ends. Keep learning, keep practing, and keep improving.