It's a Bit Quiet Around Here

So, it's been a bit quiet around here lately: no new articles, videos, or other stuff. I've been a bit busy and a bit distracted.

Traveling
I've been traveling a bit more than usual. I've got 3 conferences over 5 weeks, with a total of 11 presentations (including a half-day workshop). And all of the conferences involve flying quite far from home. I've completed 2 of the trips (CodeStock in Knoxville TN and SDD in London, England). Next week, I wrap up with Music City Code in Nashville TN.

In addition to the conferences, I took a few extra days for sightseeing. I've always wanted to go to Dollywood, so when I was in eastern Tennessee, I had to jump on the opportunity. I had a great day riding roller coasters and listening to Smokey Mountain music. Here are some pictures: Dollywood! (and some other stuff).

CodeStock was a great conference. I got to catch up with a lot of old friends, and I got to meet some new people, too. With the way things are for me right now, conferences are all about the people. And I've had some great conversations.

London is one of my favorite cities, so I took some time to explore when I was there for SDD 2017. The thing about London is that there is history *everywhere*. It's easy to see something that looks interesting at the end of the road, check it out, and then see something else interesting to explore. I ran across all sorts of interesting things including William Blake's grave, canal boats, and a trapeze school. I also went to Regent's Park (which I visited back in January). I wanted to see what it looks like in the spring time, and it was really beautiful with the leaves on the trees. Here are the pictures from this trip: London May 2017. 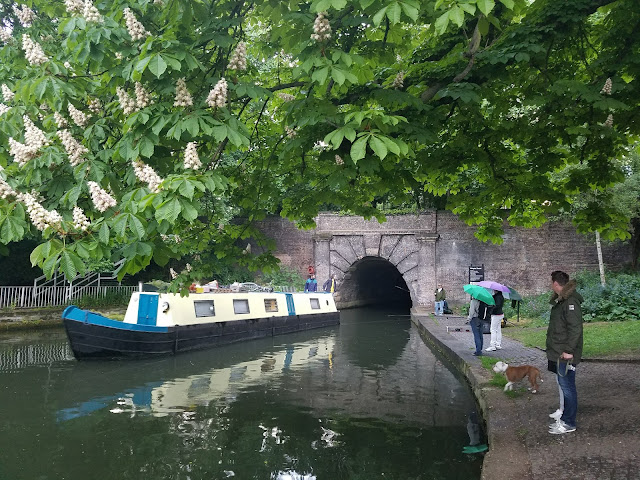 I was also really busy at SDD 2017. I had 6 talks, including 2 in the Cinema -- which was an actual cinema. They showed Alien: Covenant there the night before I spoke. Here are a few shots of me speaking: 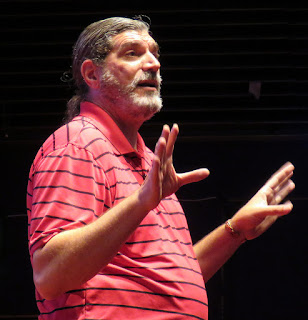 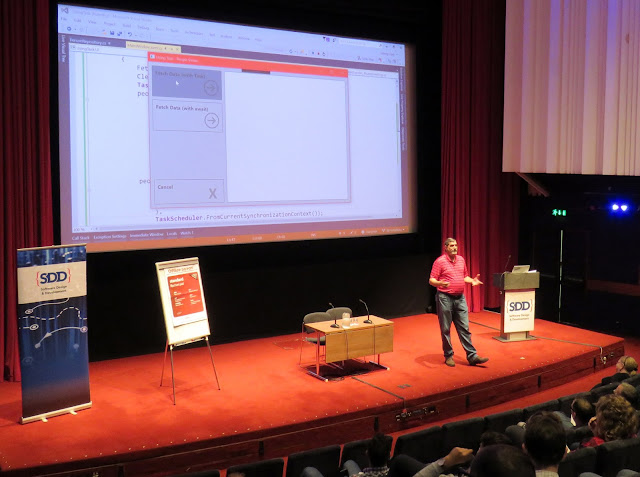 I got to talk to a lot of really great people at SDD. It was really exhausting, but I had a great time.

Relocating
The thing that's been taking up the rest of my time is relocating. I'm moving from Southern California to northern Washington. This is part of the path I started down when deciding whether to pursue a high-risk opportunity (and the update).

Relocating is a big step. But I've also wanted to get out of the expense and traffic of Southern California for a while now. The movers come in less than 3 weeks, so I'm frantically putting the last 15 years of my life into boxes (and figuring out all the stuff that I can jettison). 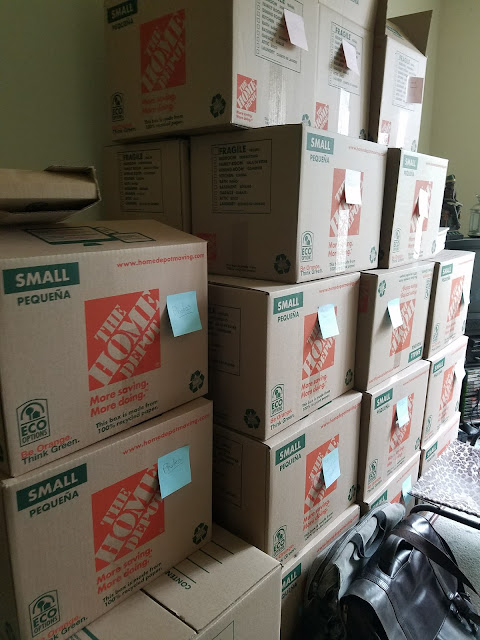 (BTW, don't worry about the Post-It notes in the picture. I'm going to label the boxes more permanently once I have a better idea of what everything looks like.)

I probably wouldn't be too panicked about the move, but I'm going to Nashville next week, so that's 5 fewer days that I have for packing, organizing, trips to Goodwill, etc.

I know that I'll be fine, but I'll be a bit stressed for the next few weeks.

I'll publish more articles and videos in the future; I've got several ideas that I've been working on. But it will be a while before I have some dedicated time to sit down and do them. Until then...

Happy Coding!
Posted by Jeremy at 1:17 PM No comments: