Last week, I had the great opportunity to give the Thursday evening keynote at AIM hdc in Omaha NE. I was honored to be invited to talk, and I had a great time.

Preparation
The topic was "User Driven Development", but I probably should have called it "Making the World a Better Place". Since this talk was me telling stories (with no code, gasp), I figured that I would take the same approach as I did previously with "Becoming a Social Developer" at NDC Oslo.

This meant that I hand-drew my slides: 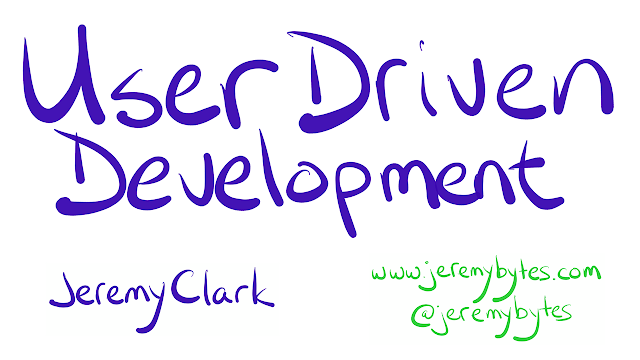 I picked this up from David Neal, and it has been quite useful for these types of talks. I'm not quite as practiced as David at this point, so I've got simple stick figures: 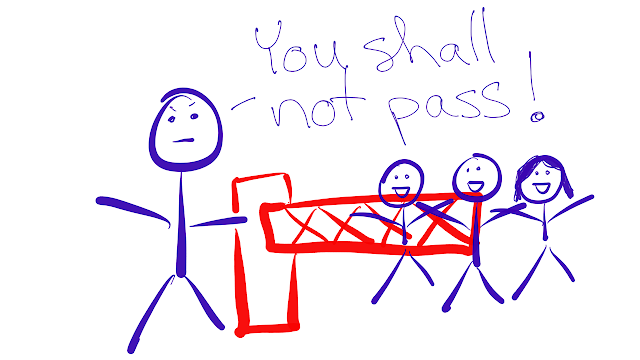 And rather crude drawings (this is an application that is on fire): 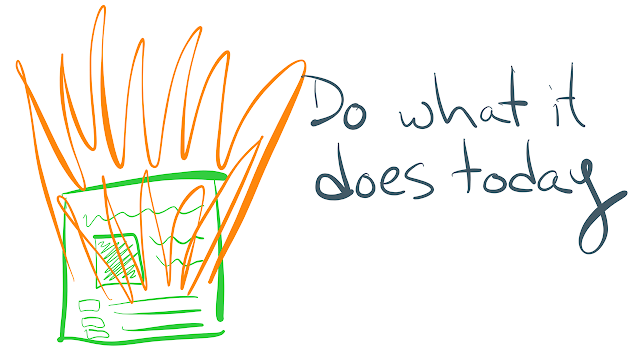 The talk itself is based on a number of stories from my past which have made it into several articles over the years. You can check out the articles (and also the presentation slides) here: User Driven Development.

I ended up with a total of 109 slides. This sounds like a whole lot of slides for a 50 minute talk, but they tend to go by pretty quickly.

Presentation
The presentation itself went very smoothly. I was fortunate enough to have a group of friends sitting at a table near the front. (And they were nice enough not to heckle me during the talk.) They took some great pictures. Here's the view from the front (thanks to Heather Downing (@quorralyne) for this one): 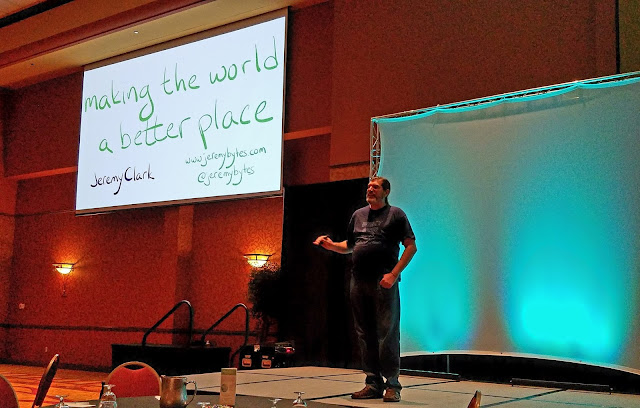 And Cory House (@housecor) took a great panoramic shot from the back of the room:

The timing came out *almost* perfectly. Since I was telling stories, the timing for each part wasn't exactly metered out. About halfway through my talk I had this slide: 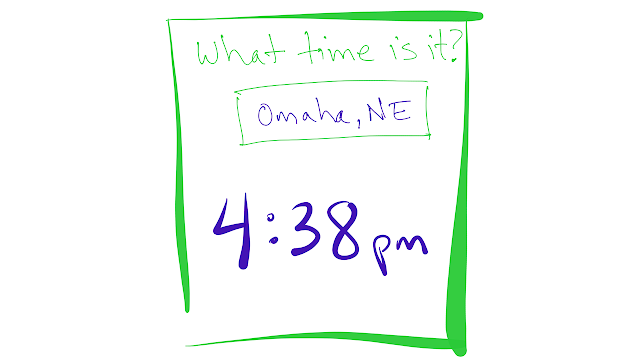 This related to a story about an application that would give the current time in whatever city you selected. I was *really* hoping that this would be the actual time in Omaha, but I looked at the time just before I got to this slide and found that it was 4:39 p.m. (Missed it by "that much".) But it gave me a chance to crack a joke about how close I was.

Response
The response was very positive. My Twitter notifications went pretty crazy that evening (and my definition of crazy is probably quite a bit different from other people -- it was 20 times more than I normally get.)

A couple of points from the talk stuck out for the audience. This one was tweeted out by Heather Downing, and a couple other people picked up on this point as well: 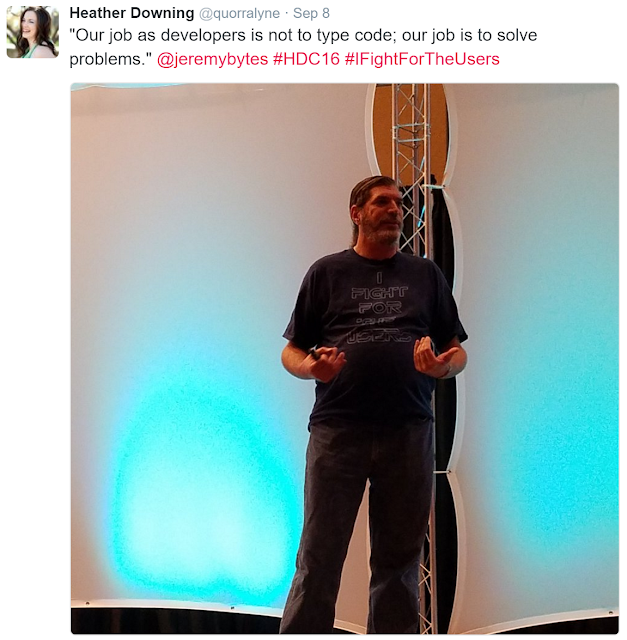 Our job as developers is not to type code.
Our job is to solve problems.

I was also happy to see Paul Oliver (@ItsPaultastic) pick up on this: 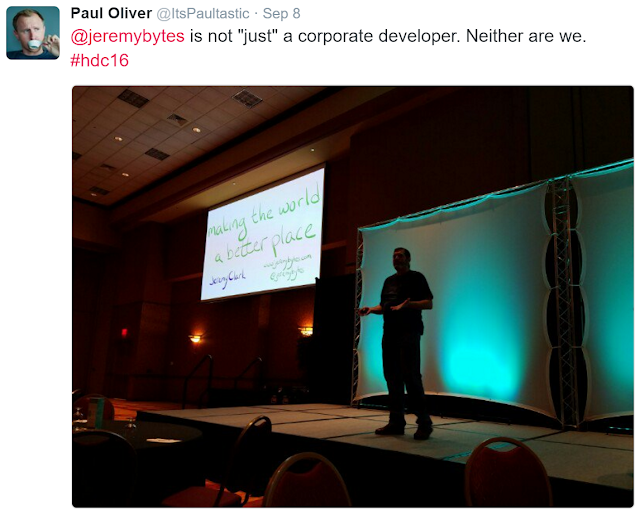 I've hated it when I have been referred to as "just" a corporate developer. This belittles the awesome work that we do. *All* developers can make the world a better place. Making someone else's job easier doesn't seem like it's world-changing, but it makes things better for that user. And that makes a difference.

Christian Peters (@TDDdev) wrote a review of the Thursday keynotes, and I was happy to see some of the key points that he picked up, including: 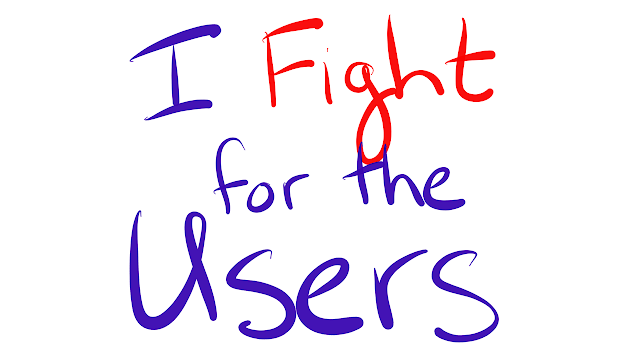 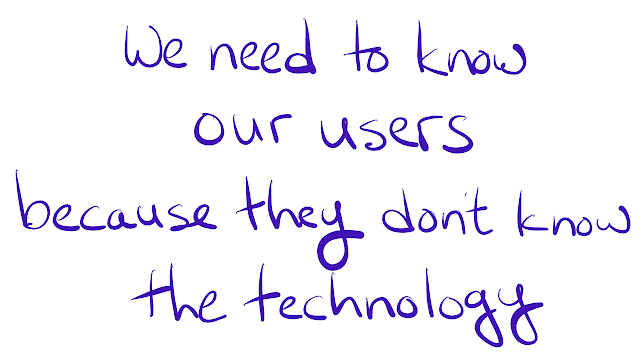 In addition, I had several people talk to me about the presentation that evening and the next day. And I even received some email after the event was over.

Wrap Up
Of course, I also found time to talk about "Becoming a Social Developer" (this was requested by the event organizer). And it was great to be talked about by Cory House:

This is the first full-length keynote that I have given. Previously, I'd had 10 minutes on stage (sharing someone else's keynote). The best compliment that I got was from Cory (who has given keynotes at several events). He said that he couldn't believe that was the first time I'd given a keynote. So I guess I looked like I knew what I was doing. 😉

I don't know if I impacted everyone in the room (probably not), but I did make an impact on some people. And that means that I did succeed in making the world a better place. 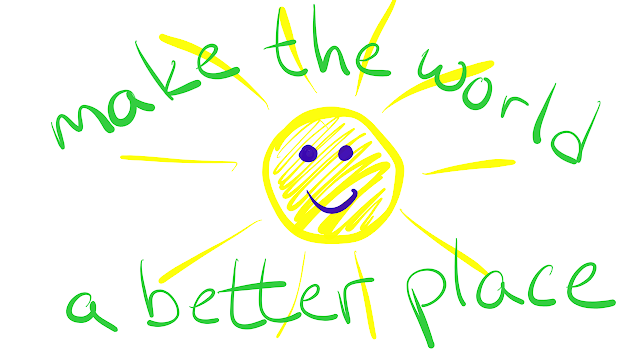